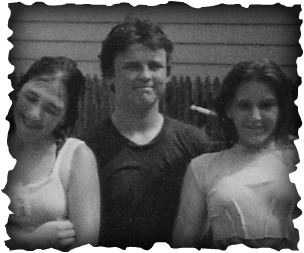 It was not until Middle School that my art truly began to evolve. The phenomenon that is "Star Wars" had begun and new adventures began between me and my brother.

Then, my father moved the family from one end of the city to the other.

I lost touch with my friend that would share my "Adventure People" times with, but I would be introduced to two other people that would change my creative life forever. It was under the encouragement of these friends that I became active in the school's Art Club and my creativity really took off. Here I was introduced to several mediums beside the pencil and paper and the limited arsenal of my elementary school. My  first taste of being a graphic artist occurred when I won the cover design contest for my  Middle School yearbook.

The fantasy role-play game, Dungeons & Dragons, was all the rage and I would play this with my brother and our friends, and, after having read the 'borrowed' books of my sister, my literary interest began to take shape. In my art class, I began to create a Sunday Comic-like concept about a one-eyed alien family called, "It Couldn't Hurt (Could It?)". I would then script sci-fi/fantasy adventures with my friends within the woods behind my home. My friends and I had began to work on a home movie about a young man and his two siblings being transported to another planet to save its race.

Unfortunately, divorce and relocating back to Pennsylvania ended the home movie idea, but the story stayed with me.
Powered by