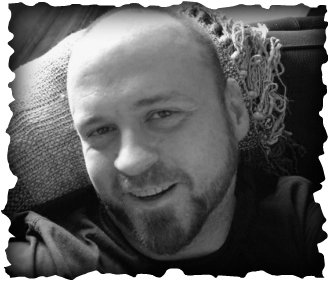 Michael moved from Richmond to the Norfolk area of the state. He was still following the Elfquest and The Dragonriders of Pern series and was handed Ann Rice's "Interview with the Vampire", "The Mummy or Ramses the Damned" and "Queen of the Damned" to add to his collection of novels.

After a failed relationship, his passion for his craft waned. It was during this time he decided to take a break from his drawing and writing and took up DJing for a local nightclub and penned himself "DJ Nozz", both as a play on his last name, but also the then tacky green walls of the nightclub made him think of the Emerald City form "The Wizard of Oz". Placed up high above the crowd, he proclaimed "I am Nozz!" and the crowd cheered and a career began.

This choice had mixed results for him. On the positive end, he learned the intricacies of matching beats, creating a mood and entertaining a crowd. The negative end sent him down a path of hard drugs that nearly took his life. Although not as prevalent as before, his artistic side would not keep still. He would create makeshift posters for the nightclub and began creating mix CDs of his DJing sets, complete with hand-made covers. It was after his brush with death that he was no longer satisfied with where his life was at. Then he met someone that changed his life.

He met a man that saw beyond his mistakes of his past and could see that little boy, full of imagination and wonder, with so many stories to tell. From this man's love, the distractions of the past were gone and Michael could feel the pull of his first true passion calling him back. He began to scan images of his past work and felt the need to do more. Much had changed during the time he had last seriously place pencil to paper and was unsure of which path he should take.

By chance, he entered an art school to ask about getting his degree in Graphic Design. Upon seeing his comic books and character designs, as well as some of his technical drawings of buildings and places as part of his portfolio submission, it was suggested that a BFA in Media Art and Animation would be more appropriate. So he enrolled and became introduced to more ways to express himself within the realms of his imagination. He has become more fluent in using the computer as yet another way to express himself. From the simplest of Microsoft Word to the Adobe series and the world of Autodesk's Maya programs and ToonBoom, there were now more ways for Michael to let his inner child play and create wonderful things for many to enjoy. Michael always had the skills to make graphic art, now he has the tools and the talents to allow it to evolve into media art.
Powered by